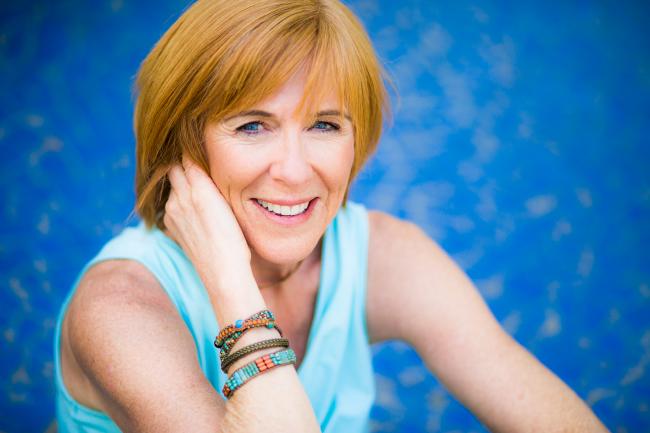 Sally Bartlett has accomplished something for which most simply strive. Not only did she lose 35 pounds, but she has kept the weight off for over 20 years. A former self-admitted “exercise bulimic” who would eat large quantities of food only to unsuccessfully work off the calories, Sally discovered balance. Balance of intake and outtake. No longer dieting or restricting, she actually weighed less 9 months pregnant than she did at her former top weight. Sally’s unyielding desire to work in a supportive environment promoting the mentality of striving for progress rather than perfection prompted her to earn ACE Certifications as a Personal Trainer and Group Fitness Instructor. In 1995, she began developing and providing safe, challenging, and fun fitness programs for a variety of clients including special populations afflicted with Arthritis, Attention Deficit Disorder, Cardiac Rehab, Diabetes, Eating Disorders, Exercise Induced Asthma, Heart Disease (including pacemakers), Herniated Disks, Hypertension, Joint Replacements, Multiple Schlerosis, Obesity, Osteoporosis, Parkinson’s, Post-Stroke, GERD, Scoliosis, and Visual Impairment. As former faculty for Saddleback College’s Emeritus Division, she taught older adult fitness for 8 years. Seeing herself more as an athlete than a dancer, Sally shied away from Pilates until her favorite cardio instructor mentioned how much he loved it. Willing to give it a try, she was immediately hooked. The physical, the mental, the fusion of the two. It all made sense. And in the process her shape, with which she had already been content, changed and her muscles became longer, leaner, more defined. Wanting to share her knowledge, Sally sought education and is now Certified by STOTT Pilates Level 2 (advanced) in Mat, Reformer, Cadillac, Stability Chair and Barrels. Sally has been published in Shape magazine as well as the fitness industry’s IDEA Health & Fitness Source and holds a B.A. in Psychology from UC Berkeley.