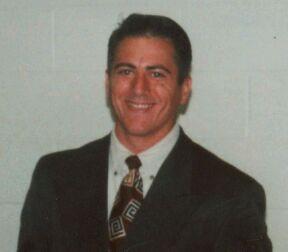 Early on in my career I was employed by Yale University at Yale-New Haven Children’s Hospital in Pediatric Cardiology as a Pediatric Exercise Physiologist. With over 13 years of healthcare experience in Co-Directing the Cardiopulmonary Exercise Stress Testing Laboratory I was an integral part of multiple research grants and publications in Cardiac, Endocrine and Pulmonary Medicine. One notable achievement was first authoring the publication, “Changes in body composition after a 12-week aerobic exercise program in obese boys” in medical journal Pediatric Diabetes. The publication was such a success that I was soon presenting at various medical conferences and workshops across the country, Canada, Mexico and Europe. During that era I used my research to help create “Bright Bodies” , a multidisciplinary weight management program for children and adolescents. The program sparked interest in the media and he was soon featured on the Discovery Channel, NBC and Dr. Brazelton’s On Parenting syndicate. My story is unique in that during my career at Yale I was allowed, as an amateur athlete, to chase my dreams of becoming both a nationally ranked track and field athlete. With years of self discipline, sacrifices and dedication I was a top ranked American javelin thrower for over a decade.
Along the way, the two roads of career and athletics eventually crossed for me. Several organizations across the east coast such as NEHRSA, NEACSM, NAASO invited me to share my knowledge and experiences at clinics, conferences, workshops and lectures. My athletic career had soon sparked an interest in coaching and I wanted to give back and help others persevere the way I did. My coaching career ran parallel with my athletic career and I shared my passion with Hopkins School, Cheshire High School and Hillhouse High School. I was selected by the Men’s US Olympic Development Committee to coach the Junior Elite Team in 1999 at the Olympic Training Center in Chula Vista, California.
Things really transpired for me during the late 90’s when I decided to work outside the high school environment and in the private sector. I approached a gym specifically designed for children and adolescents in Cheshire, CT. It was there I wanted to share my broad knowledge and firsthand experience as an elite level athlete with others. I proposed the idea of incorporating strength and conditioning for athletes who wanted to ready themselves prior to their respectful seasons. After just under one year of doing so word got out. I was soon training 8 high school sport teams and dozens of athletes believing in my successful training for sport system. What really made things even more solid for me professionally was that I managed to qualify and compete in the 2000 US Olympic Trials.
After 13 years of Pediatric Healthcare, 10 years of coaching track and 4 years of sport specific team training I decided to re-evaluate my energies. It was then I decided to leave Yale and team training and focus on the individual athletes who wanted to make a difference. It was then I joined Healthtrax of the Glastonbury Wellness Center in CT where I now spend a majority of my time with serious athletes. My knowledge and credibility from both Yale and coaching allows me to continue to create effective and quality training at all levels including my experience as a physical fitness instructor at the Connecticut Police Academy in Meriden, CT.

View all Personal Trainers in Glastonbury