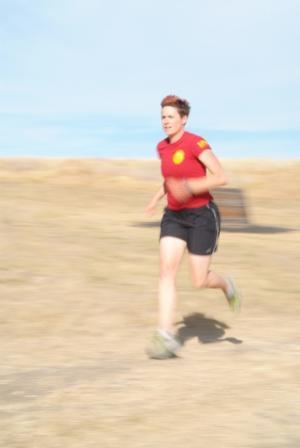 I've been a self proclaimed runner since she I was five years old. I competed in the US National Championships three years in a row and qualified for the Duathlon World Championships each of those times. At Nationals, I placed, 2nd, 3rd, and 10th (after 2 flat tires on the bike). At Worlds, I placed in the top 12 each time. These high rankings awarded her the distinction of being Athlete of the Year for 2 years in a row (2002, 2003) for Inside Triathlon Magazine. I have also competed in several U.S. cities (NY, all over California, Washington, and Georgia) as well as several international countries (Australia, Switzerland, and Belgium). In college, I played competitive soccer and ran track and field (hurdles, sprints and relays). Today, I enjoy playing with my daughter, riding my bike, playing soccer, competing in triathlons/duathlons, and training others to reach their full potential.