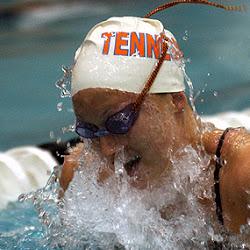 Nicole Gross has been active in the triathlon community since graduating from the University of Tennessee in 2003 where she excelled as a member of the Lady Vol Swimming and Diving Team. Nicole has completed and won numerous races during her career as an elite amateur triathlete, competing as a two time Team USA member of the ITU Long Course World Championship Team in 2007 and 2008. Nicole’s career highlight came in 2008 when she won her age group at her first Ironman race, Ironman Florida (10:05.42) and took a coveted slot to the Ironman World Championship in Kona, HI. Nicole finished top 10 in her age group (F25-29) at the Ironman World Championship in 2009, despite completing the race with a painful and debilitating stress fracture.

Nicole was born and raised in Maryland and grew up swimming at North Baltimore Aquatic Club, a highly accredited swim team that developed many well known Olympic swimmers. Shortly after graduating from the University of Tennessee as a scholastic All-American swimmer, Nicole found her next passion in running and triathlon. Her love for endurance sports quickly turned into a desire to impact others through coaching. Nicole takes a very hands on and detailed approach to her coaching, working with novice to advanced, single and multi-sport athletes, and specializes in swim coaching and sports specific strength training.

View all Personal Trainers in Charlotte

View all Athletic Trainer or Coaches in Charlotte