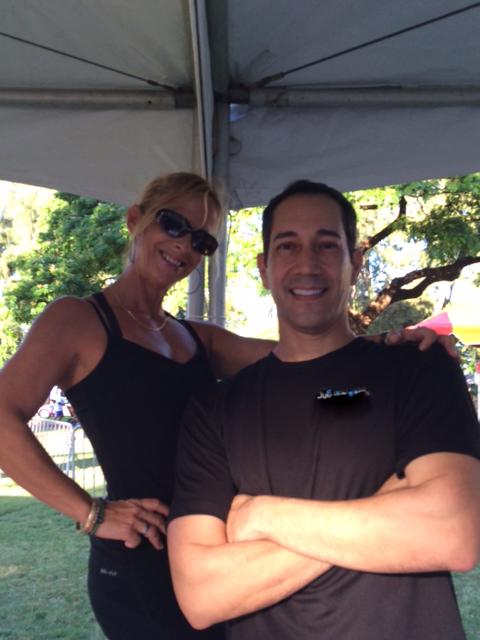 Michael grew up in Chicago, Illinois prior to heading to Arizona for college and careers. His main fitness endeavors growing up were; baseball, basketball and tennis. With a competitive older brother he had no choice but to push beyond his own capabilities to compete. Even though winning was never the only thing, it was certainly an invigorating memorable experience when accomplished.
It wasn’t until post-college graduation that Michael’s fitness career took off in a very focused manner. In the mid 90’s he started team instructing Box Aerobics at THE “Q Club”, one of the premier fitness institutions in Arizona at the time. He took over the reigns as head instructor in the late 90’s. Shortly thereafter he began working with boxers and boxing trainers and finally developed his own class-based boxing conditioning program, Rhythmic Boxing”. Today he does one on one or small group boxing training sessions.

He became ACE certified around that time and expanded his fitness career into “one on one” personal training and additional group fitness programming such as Johnny G, Spinning®, Athletic Conditioning and circuit training classes.

Michael has taught and trained at a number of mainland fitness clubs such as and not limited to; The Village, Golds Gym, Sports Club at City Square, 24 Hr Fitness and Mountainside Fitness. Michael believes on four components of fit/well lifestyle for each every individual he interacts with; weight bearing activities, aerobic, flexibility and nutrition.
His motto

View all Fitness Instructors in Honolulu