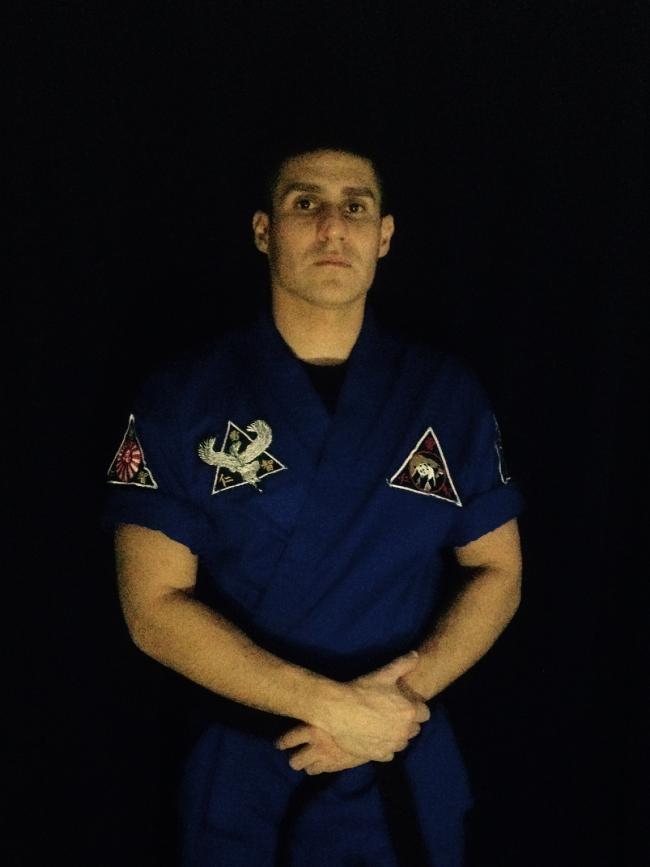 Luis D. Lopez began his career in martial arts as a child. Although at that time he only came to practice Taekwondo for three years, this served as a base and had a significant influence on his life. During his university career, Lopez had the privilege of taking Judo classes with Hiromi Tomita for two years and what he learned was invaluable. Furthermore, that experience strengthened his goals to continue his studies in martial arts.

Lopez started working as a police officer, and it was then that he began to practice Ninjutsu Traditional System in Puerto Rico. After years of training, the Puerto Rican dojo became part of the Ninjutsu Koga Dux Ryu, where he as well as his Sensei, were mentored by Sky Benson, Miguel Alcava, and Hanshi Frank W. Dux. Subsequently, he graduated from the University of Puerto Rico, Rio Piedras Campus with a bachelor's degree in Physical Education and later joined the United States Army.

After many years of training, he had the privilege of being awarded first-degree black belt of the Ninjutsu Koga Dux Ryu Dojo Puerto Rico while continuing to share his knowledge and experience in fitness and defensive tactics with his co-workers. Upon moving to the United States, Lopez began working for the Department of Homeland Security and is currently a defensive tactics instructor. Also, he is a certified personal trainer with the American College of Sports Medicine.

Now, Sensei Lopez is active in the martial arts performing training in his department while completing a master's degree in Fitness and Wellness Leadership at Plattsburgh State University. Also, he is preparing to open Dan's H & F Wellness Studio in the state of NY where self-defense classes and seminars will take place.

View all Personal Trainers in Clayton

View all Fitness Instructors in Clayton