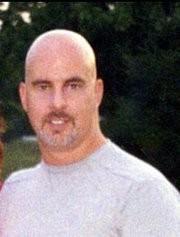 A Home Gym - Five steps to a home gym.

Eat Healthy While Eating Out

Joe Ryan began his health and fitness career in 1999 while working in law enforcement. An avid follower of the Body for Life program, Joe was soon approached by his co-workers for advice on fitness and nutrition. A few months later, Joe became certified as a personal trainer and sports nutritionist. He trained several law enforcement officers, as well as worked part time for various gyms around Cincinnati and Northern Kentucky when he could. During the earlier years, he trained youth sports teams, a couple of professional sports players in sports specific programs and was named the official fitness trainer for the United States Navy's youth program. As a reservist himself, Joe was deployed to Iraq in 2004 and again in 2007. After years of proudly serving as a Fleet Marine Force Corpsman (Combat Medic) assigned to the United States Marines, Joe decided not to re-enlist upon returning from Iraq the 2nd time. Between deployments, Joe returned home to East Texas and opened Joe Ryan Fitness in a small town called Athens, set deep in the Piney Woods. Business grew and soon Joe Ryan Fitness was in 3 cities and several trainers on the staff. Joe moved back to the Cincinnati area and took a short hiatus from training. During this time, people still called him wanting him to return to Texas and train them.

Today, Joe has his operations based in Florence, KY just a few miles south of Cincinnati, OH and has plans to open additional studios throughout the area in the next few years. Joe specializes in athletic development for pre-teen and teen athletes in sports and is a Speed and Agility Specialist certified by the International Youth Conditioning Association. Additionally, he is soon to be Certified by the National Academy of Sports Medicine as a Performance Enhancement Specialist and Corrective Exercise Specialist. He works with several teen athletes from schools throughout Northern Kentucky to develop or enhance speed, agility and quickness in volleyball, basketball, football, soccer and track.

Mixing text book knowledge with real world applications, Joe can help you reach your goals quickly, safely and can tailor a program for any budget. After all, Joe Ryan Fitness narrows it all down to "Learn. Train. Achieve."

View all Personal Trainers in Florence

View all Fitness Instructors in Florence