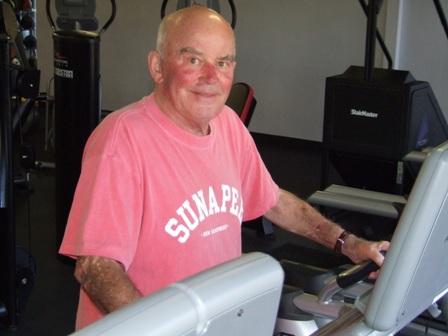 Commitment Fitness founder and owner Danny Kelly was born in Scotland and grew up in the north of England. It was there that he developed a passion for playing rugby; a sport that not only required strength training for effective tackling, but a great deal of cardiovascular and endurance training in order for athletes to be able to run around a “pitch” continuously for two forty minute periods. Physically active and competitive his entire life, Danny quickly joined a health club to work out after relocating to the United States in 1994 to compensate for retiring from his rugby playing days.

Working out daily (and armed with an open, friendly personality) Danny’s expertise and opinion was often sought by other members of the club. He decided that a future in personal training would be a wonderful way to earn a living while staying in the world of exercise and sports. Danny quickly rose up the ladder in the club’s personal training department to training director; building a large group of clients and implementing new training programs. Years later and desiring a change, Danny broke away from the health club format and began Commitment Fitness & Personal Training, LLC. At that time the company focused on outdoor training. Boot camp style. Classes grew, bodies got smaller, stronger and leaner. It was a huge success.

A move to Maryland’s Eastern Shore prompted Danny’s desire to change yet again. His newly adopted hometown of Centreville, Maryland did not have a health club. Working out in his home gym left him feeling that something was missing – people! Following his gut instinct that the town could use a gym, Danny opened Commitment Fitness 24-Hour Gym in early 2006. The months and years since then have seen Commitment Fitness become a healthy and motivating meeting place for healthy-minded individuals & families all over the area as well as a fixture in supporting local schools, charities and other organizations. We’ve helped new moms lose those stubborn last ten pounds, transformed lives with 100 pound plus weight losses, developed new runners and triathletes, or allowed others the perfect environment to come in and simply work out the stresses of their day on the treadmill. Simply put, we provide a place and atmosphere for becoming your best – on your own schedule!

Almost all of the testimonials we get (see our Testimonials page for more detail) at Commitment Fitness mention our friendly staff, wonderful atmosphere and clean club. We’re proud of these attributes and they didn’t come by accident. They are goals we achieve on a daily basis.

We look forward to welcoming many new members into our club and having them become part of our story. Thank you for your interest in Commitment Fitness 24-Hour Gym.

$75.00 / hr, Rates vary according to length of session and number of people.

View all Personal Trainers in Centreville

View all Fitness Instructors in Centreville