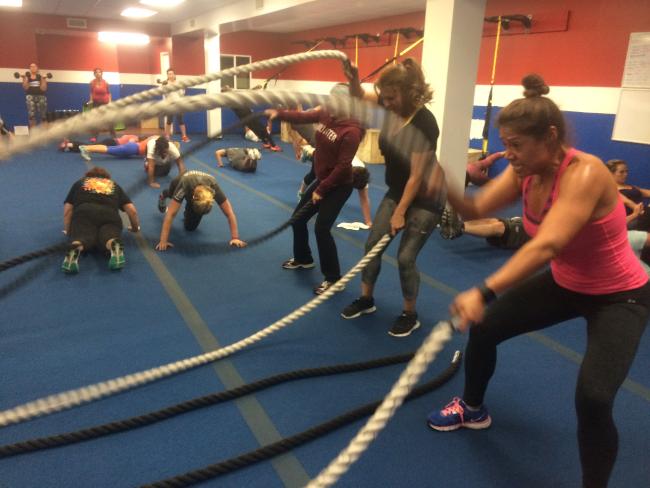 The founder and CEO of Fitamorphosis, Corey Enman, was born and raised in New Hampshire. Corey has been involved in fitness and athletics his entire life. In high school he lettered in six different sports, was city champion in wrestling, was a two time All-State football player at two different positions, and went on to a successful college football career where he won three different championships, including an undefeated season and was an All-Conference wide receiver. While growing up he also competed in numerous road races, including 5K, 10k or 5 mile races. After college he continued to compete. He has competed in half marathons, marathons and most recently has taken on Triathlons. He is currently a sponsored triathlete as and also qualified for the Triathlon Age Group National Championships in 2012. Corey also still plays football and ball hockey competitively today and coaches youth football in Burbank. Corey recently brought the first ever Superbowl Championship to the Burbank Vikings Youth Football Organization as head Coach of their Midget Green team and received the 2012 Pacific Youth Football League Coach of the Year. He also serves as the organization's Vice President. Corey's passion for sports and coaching motivated him to get into personal training. Since he began training in 2004, Corey has helped hundreds of clients and athletes reach their fitness and athletic goals through positive encouragement, accountability, hard work, discipline, focus and patience. Corey's certifications include: NASM Certified Personal Trainer NASM Performance Enhancement Specialist NASM Corrective Exercise Specialist AFAA Certified Personal Trainer TRX Suspension System Certified Instructor 24 HR Fitness Certified Master Trainer CPR Certified As the step father of two young boys, and the father of a new baby girl his new passion has become coaching and training young athletes. He is committed to the development of young athletes and stresses the importance of physical preparation and training correctly. Through proper instruction and guidance, young athletes will have the tools to make them better athletes no matter what sport they choose to play.