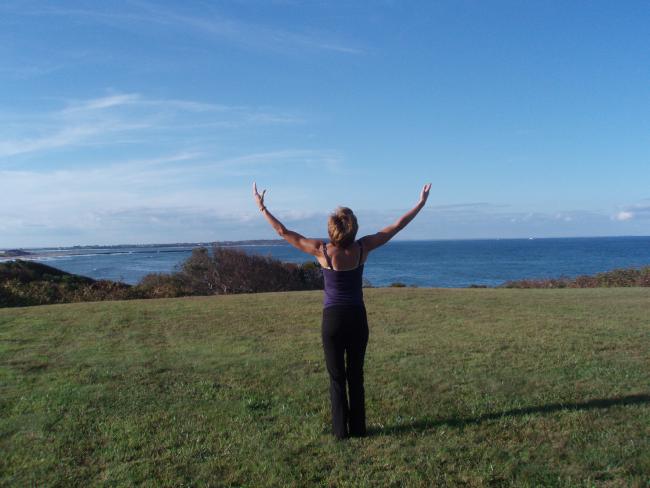 Although art has been my primary occupation since earning a BFA from the Boston Museum School, fitness has always been a priority in my life. I began teaching aerobics on Block Island when I moved here full time in 1989. My routines were often informed by the philosphy and movement forms of the Nia Technique. I became officially certified as a Nia White Belt in February 2010 and earned my Green Belt in March.