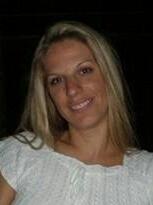 Christi Gleason entered into the world of physical fitness at age 3 with ballet lessons, and aerobics at 9. She started teaching dance classes at the age of 15, and started weight training in high school to complement her track and field participation, where she competed in shot and discus. Christi went on to attend American University in Washington, D.C. While in college, Christi continued dancing and started teaching aerobics classes during her freshman year. She also began a regular weight training and running program. After teaching for about a year, Christi became certified as a personal trainer, and expanded her credentials to teach cycling, aqua aerobics, and yoga. Once she graduated, Christi soon attained her first fitness management position as Group Exercise Coordinator for 24-Hour Fitness in Aiea, Hawaii, where she stayed for three years. She continued her career with subsequent moves to Georgia and then Colorado, where she managed the Group Fitness Department for Gold’s Gym and offered in-home personal training. Wanting to expand her credentials further, she went on to earn a Masters Degree in Exercise Science and Health Promotion at California University of Pennsylvania. She spent the next three years in Connecticut working full-time as a personal trainer at a private training studio and teaching at various gyms. She also continued her studies of yoga and pilates, earning several different teaching credentials in each area. Christi arrived in St. Louis in October 2007 and was hired at the Center of Clayton in January 2008 as a personal trainer. Later in April 2008, she was hired to take over the position as Fitness Supervisor and oversee all Fitness Center Operations and staff. She also still teaches numerous group fitness classes, specializing in yoga and offers private personal training. In addition, she mentors new personal trainers coming into the industry. In 2013, Christi completed her MBA from Fontbonne University. When not working, Christi enjoys spending her time with her two children, keeping active with hiking, swimming, yoga, and just being outdoors.

$0.00 / hr, Rate is dependent upon number of sessions purchased. Group training is available.