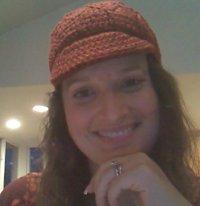 Anna is an ACE (American Council on Exercise) Certified Personal Trainer. She has her Bachelor of Science degree in Kinesiology with an emphasis in Athletic Training. She has worked as a Student Athletic Trainer at Santa Rosa Junior College and Fresno State University.

Before pursuing a career as a Personal Trainer, Anna worked as an Exercise Specialist at Heart Works, a division of the Northern California Center for Well Being located in Santa Rosa, leading exercise classes for pulmonary patients and post-cardiac rehab patients.

Anna has furthered her work as a Personal Trainer by:
- owning and operating Dufloth Fitness Personal Training in the greater Sonoma County area from January 2007 to the present.

- owning and operating a Baby Boot Camp (TM) Franchise in Santa Rosa from January 2007 until November 2009.

- working at St Helena Hospital as the Fitness Coordinator for the Recovery Program since July 2008.

- Working as a Personal Trainer & Group Fitness Instructor at Langermann Health Club from January 2011 to August 2015.

Anna's main goal as a Fitness Professional is to show people that fitness is not only fun, but that it is also something that should and can be done as a family on a daily basis.