Having trouble viewing this video? Click here for help. 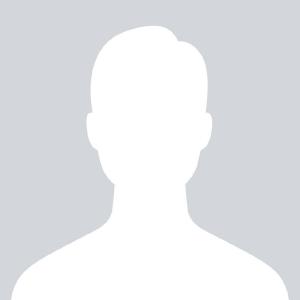 Oscar Gonzalez is a National and International Master Fitness Instructor, Professional Dancer and Choreographer for over 20 years who brings his Latin flavor and unique style to the East and West coast. He is well known in Manhattan and the Hamptons as the “Trainer to the Stars”, training such personalities as Supermodel Christy Brinkley, Warner Brothers Executive Producer, Mike Tadross, Writer and Cosmopolitan Editoral Director, John Searles, Lincoln Center for the Performing Arts Executive Director, Mara Manus, FOX News Channel host and contributor, Dr. Georgia Witkin. Oscar was the Personal Trainer contributor for Time Out NY, Weight Watchers Magazine and Cosmo Radio on Sirius and the Cosmopolitan website. Oscar combines his party-producing skills along with his love of Broadway musicals, concerts and music videos to create his fun, high energy and unique weekly Zumba® classes. Oscar danced for Ann Reinking and was a Master Instructor in Central Park for special events promoting Self Magazine which was attended by 10,000 people. He danced professionally and choreographed for major companies including Coca-Cola, Absolute Vodka, E Entertainment TV, Intel, Colgate, the International Macarena Tour , Miss Latina Hamptons and 1-800OKCABLE. He is especially proud of his work with children including the choreography of such high school productions as “Damn Yankees”, “How to Succeed in Business Without Really Trying”, “A Chorus Line”, “Music Man”, “The King and I”, “Thoroughly Modern Millie”, “Chicago”, “The Mystery of Edwin Drood” and “Funny Girl”. His generosity with the Make A Wish Foundation, Joan’s Arc Legacy and Mercy First have helped children to have toys at holiday time and adults in their quest for a cure for cancer. Oscar was a Master Presenter at the Fitness Festival in Florence Italy in 2007 and 2008 his classes were some of the most attended by participants and received rave reviews from the festival organizers. In 2009 and 2011, Oscar was invited to participate in the Fitness Festival in Rome, Italy as a Master Instructor. Most recently, Oscar was the co-creator, co-organizer and a Master Instructor at the 2012 Central Europe Zumba® Tour, Costa Rican Style, touring Austria, Belgium, Czech Republic and Hungary where he attracted the most Zumba® enthusiasts to his classes. In April 2013, Oscar reprised his roles and returned to the same above mentioned countries adding Switzerland to his travels performing at several sold-out events for his third Central Europe Zumba® Tour, Costa Rican Style, as the special guest star. Oscar will be returning in November 2013 for his fourth Central European Zumba® Tour adding Slovakia to his performance schedule. As an overall entertainer with a passion for fitness he brings a high-energy party atmosphere to his unique Zumba® classes every week. He creates a party environment by using props and lighting to compliment his variety of musical genres including original mixes consisting of Broadway Tunes, Disco, Bhangra, Bellydancing, Rock & Roll, Hip Hop and Country added to the latin rhythyms of Zumba®. All of Oscar’s classes are performed with his infectious enthusiasm and personality along with his undeniable charisma and rock star presence and energy, special qualities which are not easily attained. His unique style, passion for the Arts and his 20 years of professional dance experience, set his Zumba® classes apart from all others which keep his classes new and exciting and packed weekly. You are guaranteed to burn hundreds of calories and leave class with a smile as bright as Oscar’s! It’s a complete uplifting experience…physically and mentally. Zumba® in the Hamptons with Oscar schedule: Tuesday - 7pm – 8pm Wellness Institute, Hampton Bays Thursday - 9am – 10am Dance Centre of the Hamptons, Westhampton Beach 7pm – 8pm Agaves Tequila & Rum Bar, Westhampton Beach Saturday 9am – 10am Dance Centre of the Hamptons, Westhampton Beach (time and location will change for the summer) Recognitions? * Winner Best Personal Trainer – Zumba® Fitness Instructor - Dan's Paper Best of the Best 2013, 2012 & 2011 * Spokesman for the Nestle® Company and Kellogg® Corporation promoting their products Certifications/Licenses/Credentials * Personal Trainer by ACE® (The American Council on Exercise) * Group Fitness Instructor by AFAA® (Aerobics and Fitness Association of America) * Certified Personal Trainer and Group Fitness Instructor by ECITS® (East Coast Instructor Training School) * Certified Instructor by Spinning® * Certified Instructor by TRX® Suspension Training®? * Licensed Instructor by Zumba® * Licensed Instructor by ZumbAtomic® * Licensed Instructor by Zumba® Sentao® * Licensed Instructor by Zumba® Aqua Zumba® * Certified Instructor by LaBlast® Fitness * Member of Zumba® Instructor Network® Languages English and Spanish Oscar has a Bachelor’s Degree in Marketing/Advertising. ... read more.